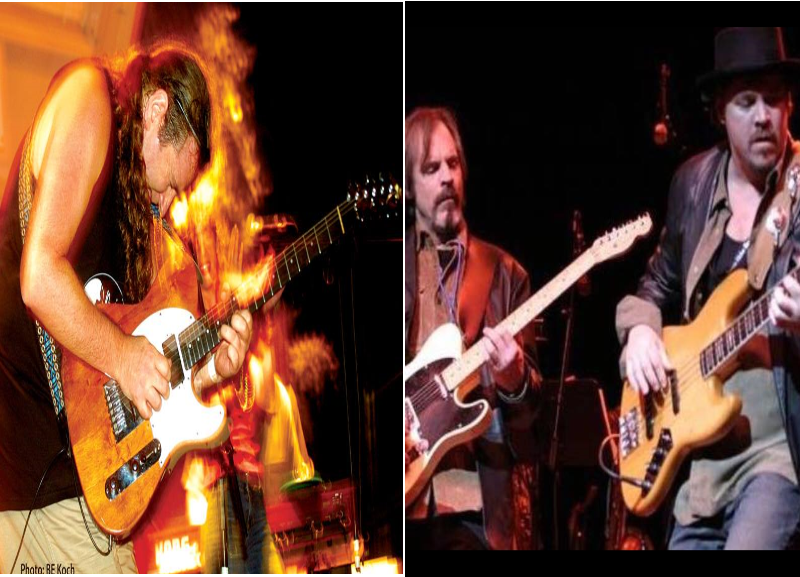 New York Blues Hall of Fame inductees The Kerry Kearney Band are joined by their fellow inductees the Bennett Brothers for an afternoon of smokin’ hot blues!

THE KERRY KEARNY BAND: has performed internationally, including at The Guinness Blues Festival in Ireland, and are “favorites” at numerous music festivals across the country and locally, including The Crossroads Music Festival in Memphis and the Great South Bay Music Festival in Patchogue, Long Island. They have also toured nationally and internationally with the Allman Brothers and Dickey Betts and have performed with such contemporaries as Sonny Landreth and Robert Randolf. They have headlined four of the annual Riverhead Blues Festivals and continue to add to their loyal following – both near and far.

Their fresh innovative sound is unlike anything you’ve ever heard. This wailing upbeat style of blues – music from the “Psychedelta”- is driven by Kerry Kearney’s amazing guitar riffs, his electrifying slide and infectious rhythms. Along with his band, he has continued to experience an overwhelming and positive response over the radio and especially when the band performs live.

Whether you crank one of their CDs in your car stereo, or have a chance to see them play live, their dynamic, energetic music is something you will never forget.

All four members of the Kerry Kearney Band were recently inducted into the NY Blues Hall of Fame.

THE BENNETT BROTHERS: After  years of making music together Brooklyn natives, the Bennett Brothers – Guitarist, Jimmy and Bassist, Peter Bennett – have had the honor of performing alongside greats such as Levon Helm, B.B. King, Bo Diddley among many others.

Born and raised in the South West corner of Bay Ridge Brooklyn, by the Verrazano Bridge, the brothers were shaped by a neighborhood known for its bars, restaurants, churches and legions of rabidly loyal music fans of bands such as Hot Tuna, The Band, The Grateful Dead, The Allman Brothers plus country, folk and traditional Irish music.

In the late 90’s, the Bennetts released “The Bennett McLaughlin Band” recorded with guitarist, singer, songwriter Mike McLaughlin.  This led to a show playing with Rick Danko, of The Band.  The show’s producer, Norman Clancy, coaxed Levon Helm into performing , as well.  This was Rick and Levon’s last show together.

Soon Levon started inviting Jimmy and Peter to his home in Woodstock to make music. In his friendly, gracious manner, he shared anecdotes and stories that reached all the way back to seeing Elvis on a flat bed truck when he was boy.  He told the brothers about midnight rambles they had in Arkansas when he was growing up and how he wanted to make them happen in his own house.

Over the next few years Jimmy and Peter did a series of shows with Levon. Gradually, The Bennett Brothers Band were opening at “The Midnight Ramble”, where special guests – Garth Hudson, Amy Helm, Alexis P. Suter, Hubert Sumlin, Johnnie Johnson, Little Sammy Davis or Luther “Guitar” Johnson – made frequent appearances, in those early days.

In the spirit of musical evolution, legendary veteran players, Jimmy Vivino, Larry Cambell, Mike Merritt and a host of others, began to form “The Levon Helm Band.”  Amy Helm teamed up with Byron Isaacs, and Tony Leone to form “Ollabelle.”  And the Bennett Brothers morphed into The Alexis P. Suter Band, performing close to 100 Rambles. Extraordinary music grew from Levon’s musical workshops and his vision and from levon’s simple act of opening his house and heart to all.  To this day, there are still musical offshoots sprouting from the seeds planted at those early Rambles.

Jimmy and Peter went on to perform and contribute songs to the first seven Alexis P. Suter albums, garnering several BMA nominations, and propelling the band to national and international stages and festivals.

Jimmy and Peter are looking forward to this next phase of their career with an all-new band of wonderful musicians and friends. Their new Album, NOT MADE FOR HIRE, is available for sale or download. on Amazon and itunes. 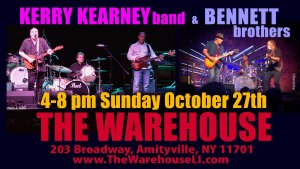