FUNKIN’ A & THE JERRY JAMMERS 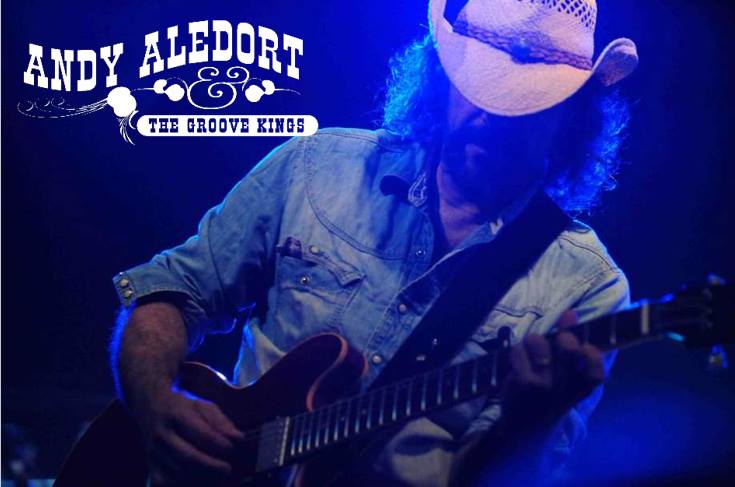 A SPECIAL TRIBUTE TO JIMI HENDRIX AND MORE!
JIMI HENDRIX’S GREATEST HITS IN SET 2–FROM “PURPLE HAZE” TO “SPANISH CASTLE MAGIC” TO “ALL ALONG THE WATCHTOWER” TO “VOODOO CHILD” AND MANY MORE!
FEATURING Mike DiMeo, Roy DeJesus AND Sam Bryant!

Over the last 10 years, Andy Aledort has sold over one million instructional DVDs, and continues to produce new DVD products for Guitar World and Truefire. There are many additional Aledort products on the market available from other companies such as Hal Leonard and Alfred Music Pub Aledort has also been featured nationally on Comcast Music On Demand every day, seven days a week. All of the many different products he’s created for GW are featured, including excerpts from his Axis: Bold as Love and Electric Ladyland Instructional DVDs. Aledort has been touring for the last eight years with Dickey Betts of the Allman Brothers and plays slide guitar in the band. Additionally, he appears on the new “Dickey Betts & Great Southern: 30 Years Of Southern Rock” 2 Disc DVD and the double live CD, “The Official Bootleg”. Aledort regularly participates in the Jimi Hendrix Tribute Tours of the last nine years and is featured on the live Experience Hendrix DVD available from jimihendrix.com appearing with Paul Rodgers, Buddy Guy, Hubert Sumlin, Mick Taylor, Mitch Mitchell, Billy Cox, Robert Randolph and others. He’s also performed and recorded many times with Double Trouble, Stevie Ray Vaughan’s rhythm section of Tommy Shannon and Chris Layton. They appear with Aledort on a cut from his upcoming studio album. Andy Aledort performs regularly in the tri-state area with his band, the Groove Kings, and are looking to expand their touring parameters. They released an acclaimed studio album, Put A Sock In It, a few years ago, and released a equally highly-regarded live album, Live at North Star, in 2009. Aledort has two albums worth of studio material that is planned for release within the next two years. http://andyaledort.com/